The automotive equipment industry encompasses a wide variety of lifts that are specifically designed to raise vehicles off the ground for undercarriage service. From time to time, these lifts will require servicing of their major components which tend to be heavy and awkward making it difficult to handle safely. Most companies that service automotive lifts make due with existing material handling equipment like forklifts, engine cranes and dollies. Although these devices are versatile, they were designed for other purposes and don’t always lend themselves to making a lift service job easy. Many of you are already thinking a forklift is the best choice, in the case of moving equipment around during an install at a new facility, then you’re probably right. However, servicing equipment after installation is a different situation and requires the equivalent of surgical precision in todays busy, modern automotive repair shops. Since revenue of a garage is directly related to the number of lifts, many shops push the limit and squeeze lifts as close together as they can get them making forklift access difficult and awkward. Lighting, air lines, electrical and other utilities may also be located in proximity to the lift requiring a device with extreme agility. Lift service technicians also demand a tool that can do many tasks, brought to the location on their existing vehicles and operated by a single person. Is this even possible?

Yes it is! The MPL lift was engineered from the ground up to be a super portable lift that can be transported in a vehicle as small as a Ford Transit. It has a lifting capacity of 1000lbs and can be outfitted with a multitude of attachments, making it versatile.

Consider the task of replacing the glide blocks on a 2 post tower. In order to perform this service, many of the lifts will need to be taken off the anchors and lowered to a horizontal position on the floor for servicing. Removing the tower off the floor anchors is an anxiety inducing task involving multiple people and tilting the tower to extreme angles while wedging pieces of wood under the base to build up height. If all goes well, this could go off without any problems. However, in most situations, anchors are damaged and need to be replaced or more severely a tower may drop leading to property damage or injury. For this reason, we developed a specialized tower clamp accessory to work with the MPL lifter, pictured above. The tower clamp accessory safely grips onto the tower allowing the powerful MPL lifter to raise the tower assembly vertically off the anchors without any damage. Placing the tower back onto the anchors after the service is complete is also a simple task and can all be performed with a single person.

Interested in making service tasks easier for your technicians with a lift that can easily be transported to site, then get in touch with us today to find out more. 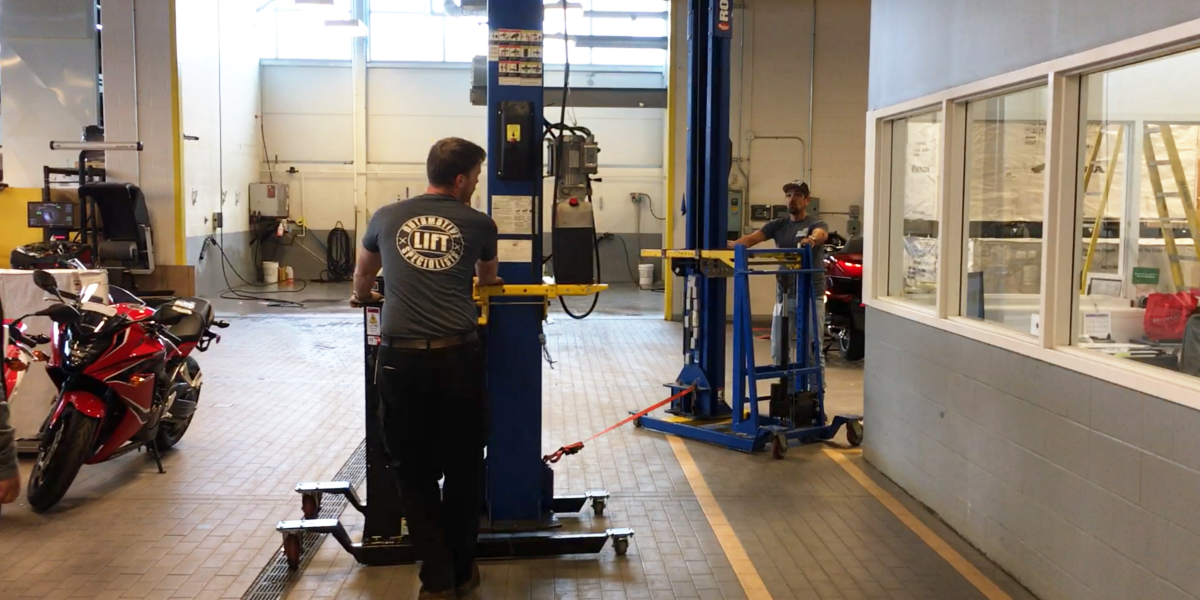 Moving a 2 post automotive lift is actually quite a common occurrence. As an automotive shop grows, they find the need to add more service lifts and reorganize their floor layout. A lift installer would either manually disassemble the lift or get creative with a forklift, dollies and other equipment. Our MPL lift with the TowerClamp accessory, can make easy work of relocating automotive lifts in a shop. Watch how we relocate a Rotary 2 post lift using two MPL portable lifts. 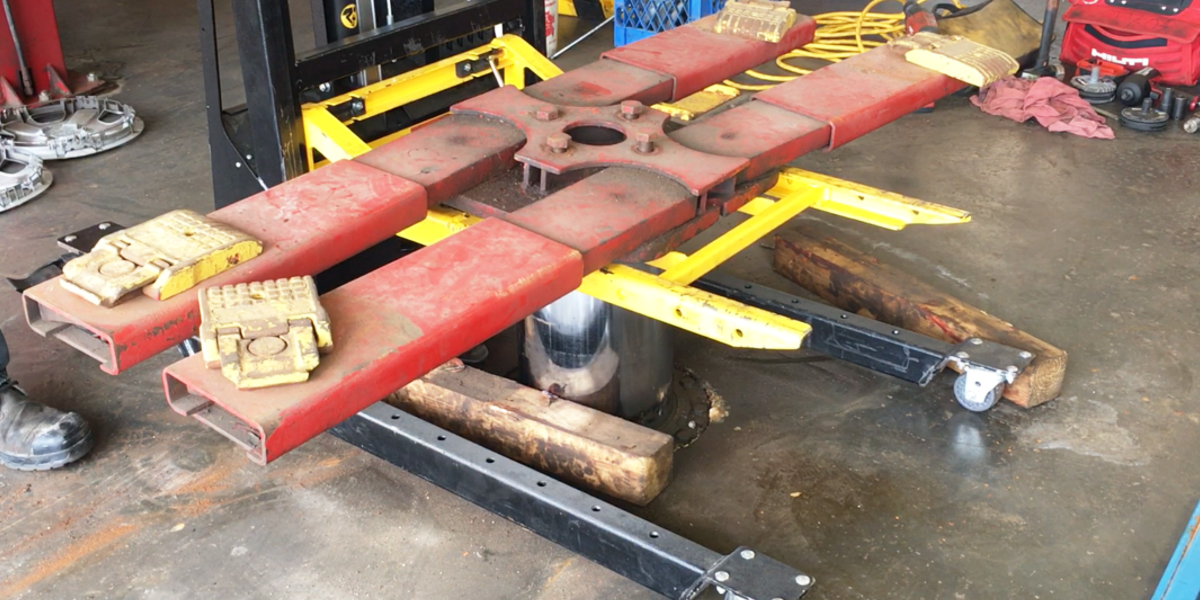 Servicing automotive repair equipment like lifts and tire changers is a heavy job, many of the components easily weigh over 200lbs and can be awkward to handle. To add to this, most repair garages space restrictions making hard or in most cases impossible to maneuver traditional equipment like fork lifts. Our MPL lifter is portable, easily assembles on site and has a lifting capacity of 1000lbs making it a perfect partner on the job site. Find out more, click the image above and watch the video.

Please fill in the information below and we will get in touch with you within 24 hours.